Why do Christians eat shrimp? Why do they wear clothing made from different fabrics? Why do Christians pick and choose arbitrarily which Old Testament laws to follow and which not to follow. I have come across the question specifically with regards to the biblical view on homosexual acts – that Christians claim homosexual acts are immoral on the basis of Old Testament laws and yet blatantly ignore and fail to practice an overwhelming vast majority of other Old Testament laws such as not mixing of fabrics; or laws prohibiting Israelites from eating fish without fins and scales such as shrimps: “Of all the creatures living in the water of the seas and the streams you may eat any that have fins and scales. 10 But all creatures in the seas or streams that do not have fins and scales—whether among all the swarming things or among all the other living creatures in the water—you are to regard as unclean” (Leviticus 11:9-12). Clearly then Christians are being inconsistent and hypocritical because they have no valid way for determining which of their own biblical laws they ought to follow and which not to follow. They therefore end up using their own prejudices and personal subjective preferences as a framework for picking and choosing which laws to follow. I strongly disagree with the claim and think there is a valid way in which Christians can relate to Old Testament Laws which the New Testament itself affirms. Firstly it involves understanding the purpose and context of the Mosaic Law; and that it is not applicable to Christians. Secondly it is recognizing the traditional tripartite division of the law which divides the Mosaic Law into moral, ceremonial and civil laws. Then lastly I offer a rough sketch of the biblical view of human nature and sexuality and it’s implications for homosexual acts.

What was the purpose of the Old Testament Mosaic Law?

In a nutshell the Mosaic law was part of a covenant between God and the nations of Israel and is simply not applicable to Christians. Christians enter into a new covenant through Jesus Christ. The Mosaic Law and the 613 laws it contains are simply not applicable to Christians. As Hays sums it up, “The New Testament affirms the fact that the Mosaic Covenant has ceased to function as a valid covenant. Hebrews 8-9 makes it clear that Jesus came as the Mediator of a covenant that replaced the old one. “By calling this covenant ‘new,’ he has made the first one obsolete” (Heb. 8: 13)”

How should Christians treat and relate to the Mosaic Law?

Then there are ceremonial laws primarily concerned with how people should relate and worship God. It contains commandments on how, when and where to prepare offerings and sacrifices; laws on what kept Israelites clean and unclean ceremonially; such as laws on foods, clothing, treatment of one’s body. Ceremonial laws served the purpose as well of being a figure for the mystery of Christ as the ultimate sacrifice for the redemption of humanity from our sinful nature. With Christ having come – their purpose was completed and fulfilled by Him and therefore are no longer applicable. As Paul says, “Let no man therefore judge you in meat, or in drink, or in respect of a feast day or a new moon or a sabbath day: which are a shadow of the things to come; but the body is Christ’s.” (‭‭Colossians‬ ‭2:16-17‬ ‭ASV)‬. A point Thomas Aquinas makes regarding ceremonial laws and precepts, “In this way the ceremonial precepts are figurative; since they were instituted for the very purpose that they might foreshadow something relating to the worship of God and the mystery of Christ.”

Lastly there are civil or judicial laws which are concerned with how people should relate to one another. Judicial laws would contain punishment of crimes, laws regulating civil society on their houses, their foreign policy on how to treat foreigners, marriage and its regulation. Civil laws are specific to a political sovereign state, similar to how as South African citizens we obey South African civil laws. Therefore Christians have no obligation to obey Israel’s civil laws, because we are simply not citizens of Israel but as Christians scattered in different political nations we are subject to judicial laws of our respective nations.

It is important to note that  Aquinas also recognizes that the whole Mosaic Law is moral and makes a distinction between the general and the particular application of the moral law. For example “Worship the Lord your God” would be a general moral law or precept while a law that states we should worship God in such and such a way through particular rituals such as bringing sacrifices of lambs would be a particular application of a general moral precept and in this case would be categorized as a ceremonial law. Ceremonial and judicial laws would then still fall under the category of moral precepts and principles. To be exact; a ceremonial or civil law is a moral law brought to a determinate end.

Does that mean that Christians can live in a way that is contrary to the Mosaic Law?

Little Yes and Big No. Little Yes because according to the traditional approach there are moral, ceremonial and judicial laws contained in the Mosaic Laws. It is the ceremonial and judicial laws which Christians can act contrary to precisely as explained above. Big No because the Mosaic Law was always meant to be temporal and to prepare the Israelites for the arrival of Jesus Christ and the new covenant. This is in fact what the prophet Jeremiah told the Israelites (Jeremiah 31:31-33):

What then about homosexual acts?

If the laws contained in Leviticus are not applicable to Christian then surely it should mean laws on homosexual acts being an abomination are also not valid? The biblical view of sexuality must be understood within the context of its view of human nature. Genesis gives us the creation narrative of the universe including humans, “So God created man in his own image, in the image of God he created him;male and female he created them” there are metaphysical implications that follow from this.

In conclusion the Mosaic laws were part of the covenant between God and the nation of Israel. They were temporal and meant to prefigure Christ as the redeemer of humanity. Christians have no obligation to obey any of the laws contained in the mosaic laws precisely because we are not (1) ancient Israelites and (2) We are under the new covenant established through Christ which supersedes and fulfills the old covenant. Therefore as Christians we can eat shrimp and other foods that the Mosaic Law prohibited to the Israelites.  Furthermore, the Mosaic Law contains moral, ceremonial and civil laws. It is the moral laws and principles contained in the Mosaic law which are applicable to Christians, however not because they are contained in the Mosaic Law per se but because moral laws and principles are applicable to all humans at all times. Leviticus states that homosexuality is an abomination and is immoral such a claim must then be viewed in the context of the biblical view of human nature. Human nature being the product of a rational and just God consists of various capacities and dispositions directed towards the realization of certain ends for our flourishing. Our eyes are formed for sight, stomachs for digesting food, intellect and reason for knowing and grasping truth. Human nature consists of male-female sexual complementarity which provides the potentiality for sexual activity which is naturally ordered towards unity and procreation. Therefore using our sexual faculties in a way contrary and frustrating to its natural and proper end is against reason, against nature and thus homosexual acts are wrong and Leviticus rightly reveals and affirms this principle. We must constantly remind ourselves that there are competing visions about what personhood and humanity entails; what the blessed, happy and good life consists in. The modern view, says nothing is given, our freedom and will is absolute. Reality, truth, essences, goodness and beauty are constructs of our wills and must therefore conform and submit to our will in order for us to be happy. The biblical view reveals to us that we as humans find ourselves in a world where order, essence, reality, truth, goodness are given; therefore our freedom and will must conform and submit to those givens in order for us to find happiness and flourish as the kinds of beings we were created to be.

Further good reads on the topic

8 thoughts on “Why do Christians eat shrimp? The problem of picking and choosing which Old Testament laws to follow” 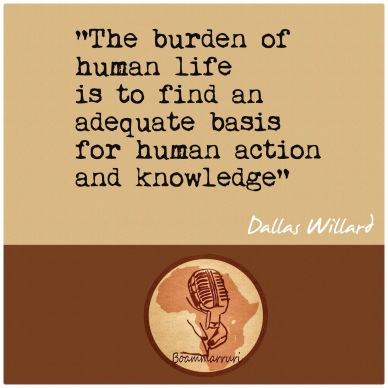 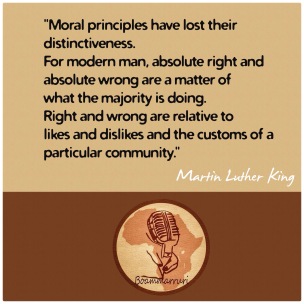 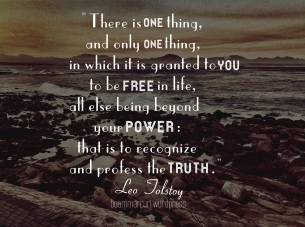 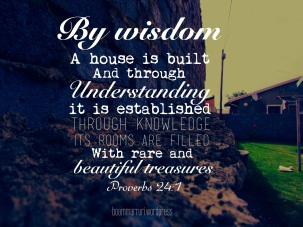